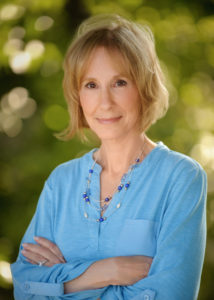 A born risk-taker, Ellie Dias, has had a quest-driven, adventurous spirit since childhood. She is always searching for new experiences to quench her over-the-top curiosity about the world around her. From daring and energetic escapades as a youth, to challenging career and artistic pursuits as an adult, she has never allowed fear to stop her from pursuing her passions.

Raised in the Catholic church, she sought to make her way in the world. She began a career as a pediatric nurse and clinician working with families whose babies were at risk for SIDS. After earning her graduate degree in education and biology, she rose to a position as a division vice president in the women’s healthcare industry.

Driven by power, money, and titles, her success often left her feeling as if she was missing something essential in life. After a cathartic career crisis, she walked away from the perks and stresses of corporate America and never looked back.

In a considerably less than lucrative job as a professor, she felt she found her true calling. Her subject matter—human biology—engaged both her and her students, with whom she built a strong rapport.

In the late nineties, Ellie began to nurture a passion for Buddhist philosophy, yoga and meditation. Through her practice she embarked on a path to overcome or at least control, her materialistic and perfectionist nature.

Ellie’s metamorphosis in career and spirituality comes alive in Big Red—the story of her journey to the other side of the world to learn the secrets of a simpler, more peaceful life in the ancient Land of Happiness. Her experiences were the perfect antidote to a life lived in fear, control, and the constant acquisition of more.

She journaled her adventures in her blog, Trip of a Lifetime, that was followed by her family, friends, and strangers around the world. Returning to her Western life, Ellie knew she needed to write her story not only for herself, but for others seeking what she sought—what really matters in life.

Ellie’s new path as a writer is characterized by the same work ethic that marked her life. She approached writing Big Red with determination, insight, a rigid schedule, but above all, humor.

In Big Red, she takes a long, hard look at herself, and her strengths and weaknesses. She shares her personal—often turbulent—experiences in religion, her failed first marriage, and wrenching career decisions, as well as how she allowed her obsessive nature to prevent her from living life to the fullest. Anyone seeking what really matters in life through the lens of a smile will love this book.

Ellie participates in a book club, writing critique group, and is a member of Sisters in Crime. When she is not meditating, or writing, Ellie is a self-taught artist of watercolor and pastels. She lives in Wilbraham, Massachusetts with her husband, Ron, and their dog, Roxie. She has two children, Michael and Michele and two beautiful grandchildren Aidan and Sebastian Dias. She is currently writing her first novel. 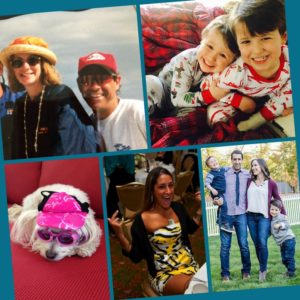 Five Fun Facts About Me